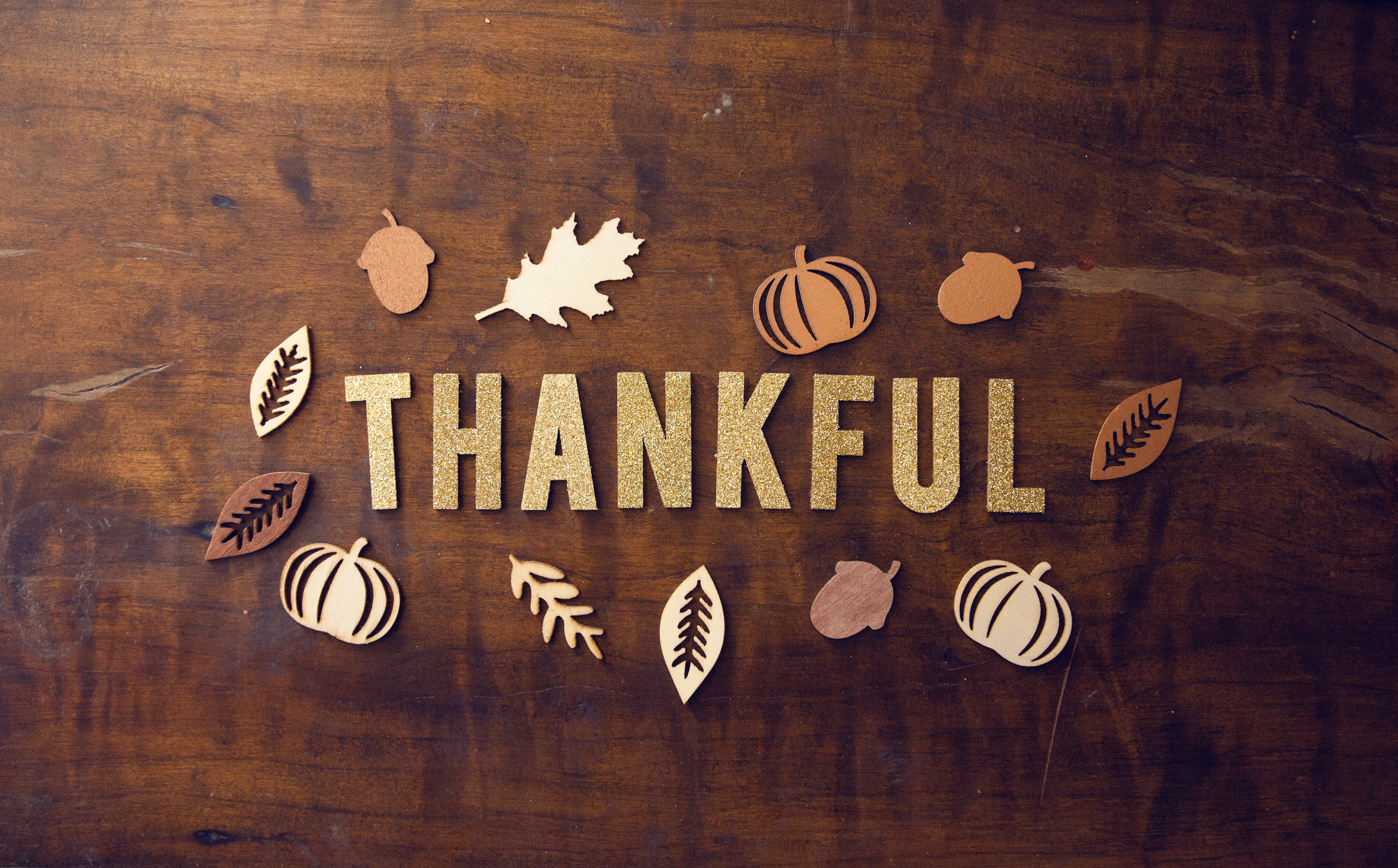 This Sunday’s Gospel reminds us how we can live happier lives by giving God what is due to him. But what is due to God in our own lives? Surely our thankfulness would be a good answer to this question. In this Sunday’s Gospel, we read about the Samaritan who thanked Jesus. For us too, there are many blessings in life for which we can be thankful and it’s always worth giving thanks to God. Being thankful to God puts us in the right frame of mind. It is good for our well-being and helps us to be happy in life.

A once in a lifetime opportunity to celebrate St. Bernadette and venerate her relics as they visit three venues across the Archdiocese.

A pilgrimage of the relics of Saint Bernadette of Lourdes, Bernadette Soubirous, is coming to the Archdiocese of Birmingham this October.

The relics will be visiting St Chad's Cathedral in Birmingham, Our Lady of Lourdes in Hednesford and the Immaculate Conception in Bicester over the weekend of 7th - 10th October.

A section of bone from Saint Bernadette's thigh will be taken to major cathedrals and churches of the dioceses of England, Scotland and Wales as part of a national pilgrimage.

The Shrine of Lourdes approached the English and Welsh bishops in 2021 with the offer of the pilgrimage of the relics and the bishops accepted.

The remains of Saint Bernadette are preserved in a shrine in the town of Nevers, 700 kilometres north of Lourdes.

6.30pm - Liturgy of Welcome & Evening Prayer. Followed by Veneration of the Relics 7pm until midnight.

12noon - Mass with Anointing of the Sick, celebrated by Bishop Stephen Wright

Train: For those travelling by train, the Cathedral is a five-minute walk from Snowhill Station and a 10 to 15-minute walk from Birmingham Grand Central (New St) and Moor St stations. If necessary, there are usually plenty of taxis available outside the stations.

Her parents were Francois and Louise. She was baptised Marie Bernarde but she was known as Bernadette. Her father was a miller, but the family did not prosper financially and they ended up in debt and homeless. A relative gave them the cachot, a former prison, to live in. The family of six lived in this one room.

Bernadette suffered from bad asthma, and the cold damp cachot did not help her. At 13 she was sent to Marie Aravant Lagüe, a nurse in Bartrès, a place she had stayed when a child. This was a help to her health and was also a chance for her to learn her catechism, allowing her to receive her first Holy Communion. She knew no prayers, except those of the Rosary. Circumstances changed in Bartrès, though, and in January 1858 Bernadette returned to Lourdes. She then saw the Virgin Mary eighteen times.

On the 18th January 1862, the Bishop of Tarbes announced the findings of the Church Commission:
“It is our judgement that Mary, the Immaculate Mother of God, truly appeared to Bernadette Soubirous on 11th February 1858 and on subsequent days, eighteen times in all, in the Grotto of Massabielle, close to the town of Lourdes.” 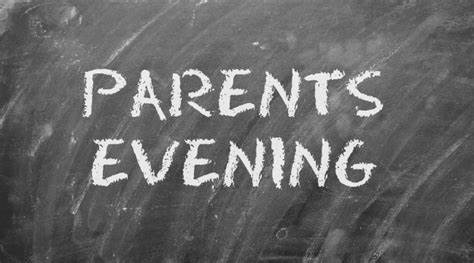 Booking for our first Parents' Evening of the school year will be open from Monday 10th October via the school website.  Please complete an appointment form for each child.  This will be a short opportunity for parents to speak with their child's class teacher about how they have settled into school and the targets for the term ahead.  The consultations are for 5 minutes - if you wish to speak with your child's teacher about something in more detail, a separate appointment will have to be made. Parents' Evening will take place on Tuesday 18th and Wednesday 19th October starting at 3.30pm and finishing at 5.30pm.  Please wait outside your child's class for your appointment - there will be an opportunity to look through your child's books before or after your consultation. A reminder that we will not have the facility to look after any children during the appointment times. Please be aware that the second session for our Year 2 parents will take place on Thursday 20th October between 3.30pm and 5.30pm. Parents will also be asked to complete a short questionnaire after their consultation to inform the school what is working well and how it can improve.  PCs along the KS2 corridor and iPads will be available for parents to complete this.  We look forward to welcoming our parents back to school again. The following link will be open from Tuesday 18th October. Thank you.

There will be a collection of pre-loved school uniform every day on the week beginning 10th October ( box outside school office and also by the playground gate to the field). A uniform sale will then be held after school on the field on Monday 17th October. We are also requesting pre loved but good condition plain tops in house colours (red, purple, green, blue) for the saints' feast days, as well as pre-loved Christmas jumpers. Suggested donation is £1 per item. All funds raised will go to the PTA. Thank you for supporting this event! 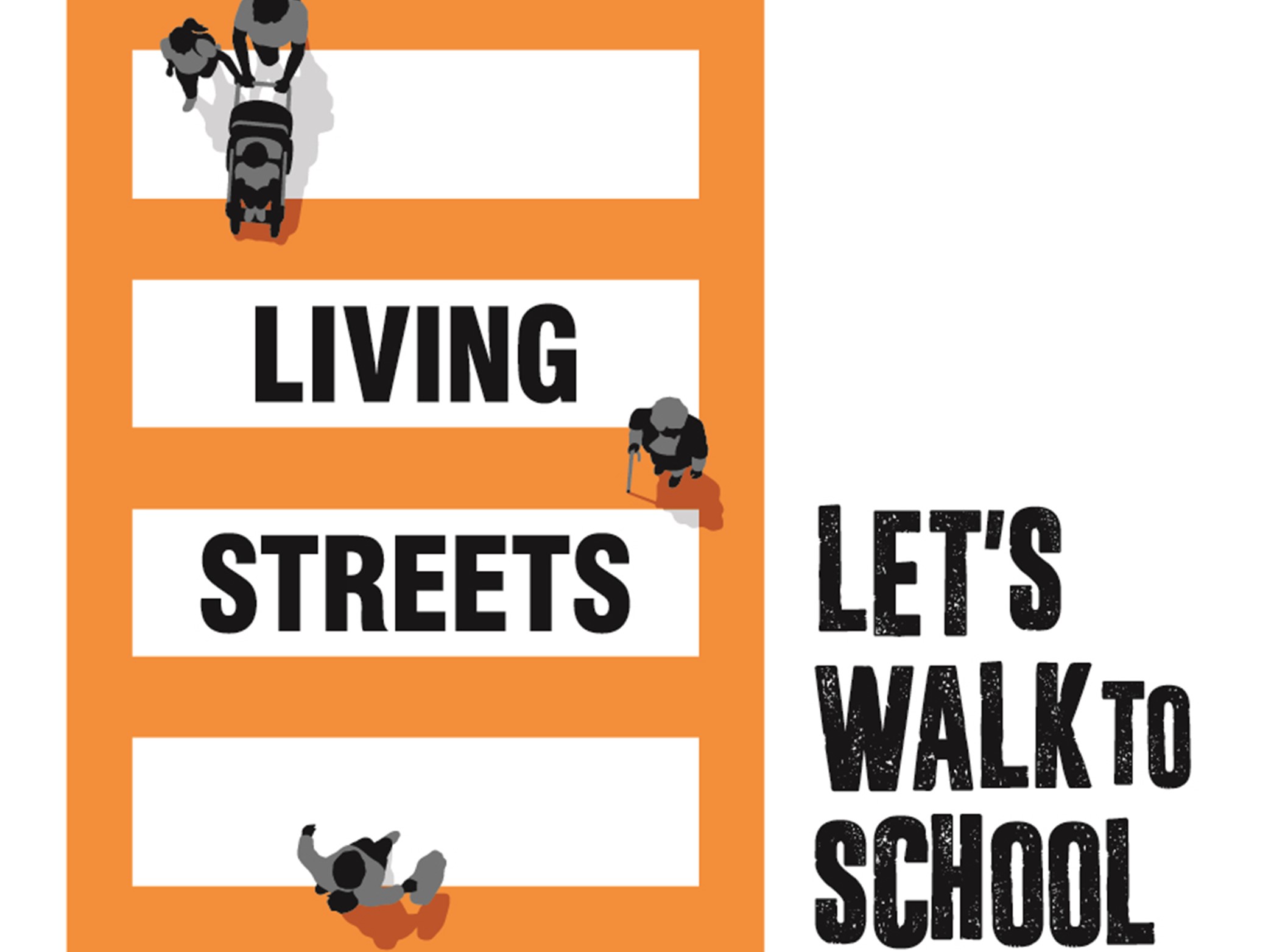 St. Joseph's has been actively involved in the Walk to School programme in association with Living Streets for the last few years.  We have been identified as a school of best practice with this initiative and were chosen back in Summer 2022 to be the host school for the new promotional video.  The new ambassador for Walk to School, Dr Ronx, also visited St. Joseph's, led an assembly and spoke with some children for the promotional video.  The final version of the video can be viewed by the following link: Dr Ronx and WOW | Living Streets

For further information about this initiative, please click on the following link:  WOW - the walk to school challenge | Living Streets

There was a very positive attendance by our children in Years 5 and 6 at the new Youth Group at Our Lady and All Saints Church earlier this week (Tuesday). The group will meet every fortnight from 6.30pm until 8.30pm. Youth Group is free for children to attend, but any voluntarily contributions are greatly received. This is one of the areas identified from the parish review via the Synodal Pathway regarding the links between school and parish.

CAFOD - Brighten Up this Harvest

To celebrate the season of Harvest, we are planning to support those in need both locally and globally. From the week commencing Monday 10th October we are asking the children to bring into school a food item either tinned or packaged produce to support the Stourbridge Foodbank.  The items in need are outlined on the leaflet sent out earlier this week.  Also, for the donation of £1 per child, the children will be able to wear their own, bright clothes to school on Thursday 13th October which will be donated to support the work of CAFOD.  This also coincides with Year 5's Class Assembly on Thursday at 2.30pm.

Please make a note of the days when your child/ren will have PE in school this half term.  We are continuing to allow children to come into school wearing their PE kit along with their school jumper and blue or grey tracksuit bottoms.  This enables teachers and children to spend more time being physically active during lessons but also reduces the need for bringing into school additional bags etc. We are following the best practice in Physical Education in terms of enabling children to be more physically active for more sustained periods of time in lessons.  The approach introduced by Newman University in Birmingham focuses on the 'SHARP' principles.  If you would like further information, then please contact the school office. 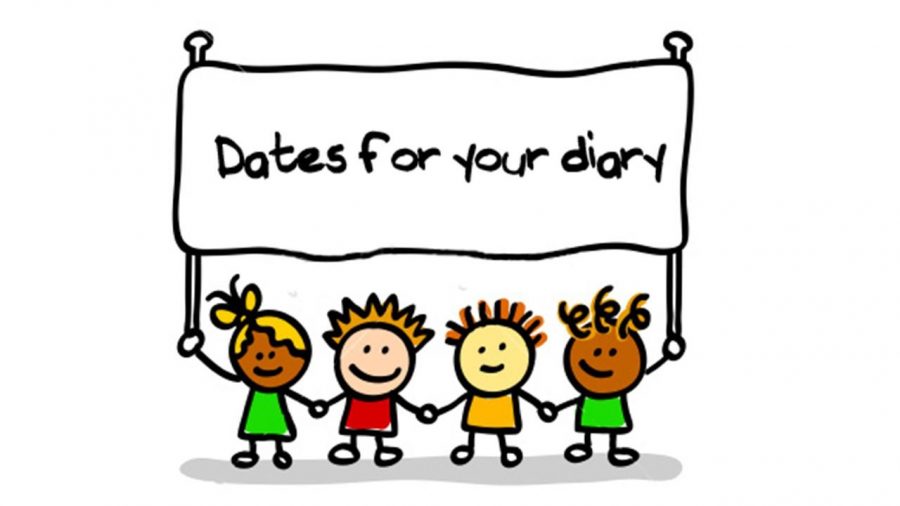 On Tuesday 29th March, the Secretary of State for Health and Social Care, Sajid Javid, set out the next steps for living with COVID-19 in England from Friday 1st April.

Free COVID-19 tests will continue to be available for specific groups, including eligible patients and NHS staff, once the universal testing offer ends on Friday 1st April.

For education and childcare settings from Friday 1st April:

Link to The Wednesday Word The Wednesday Word can be accessed via following link: The Wednesday Word Primary School Resource | Catholic Church.  Please go through this with leaflet with your child so that they become more familiar and understand the focus of the Gospel each week.

Prayer of the Week

Open our eyes to see the needs of our brothers and sisters.

Open our ears to hear your words of hope and compassion.

Open our mouths to speak up when people are suffering.

Open our hearts, to reach out in love. 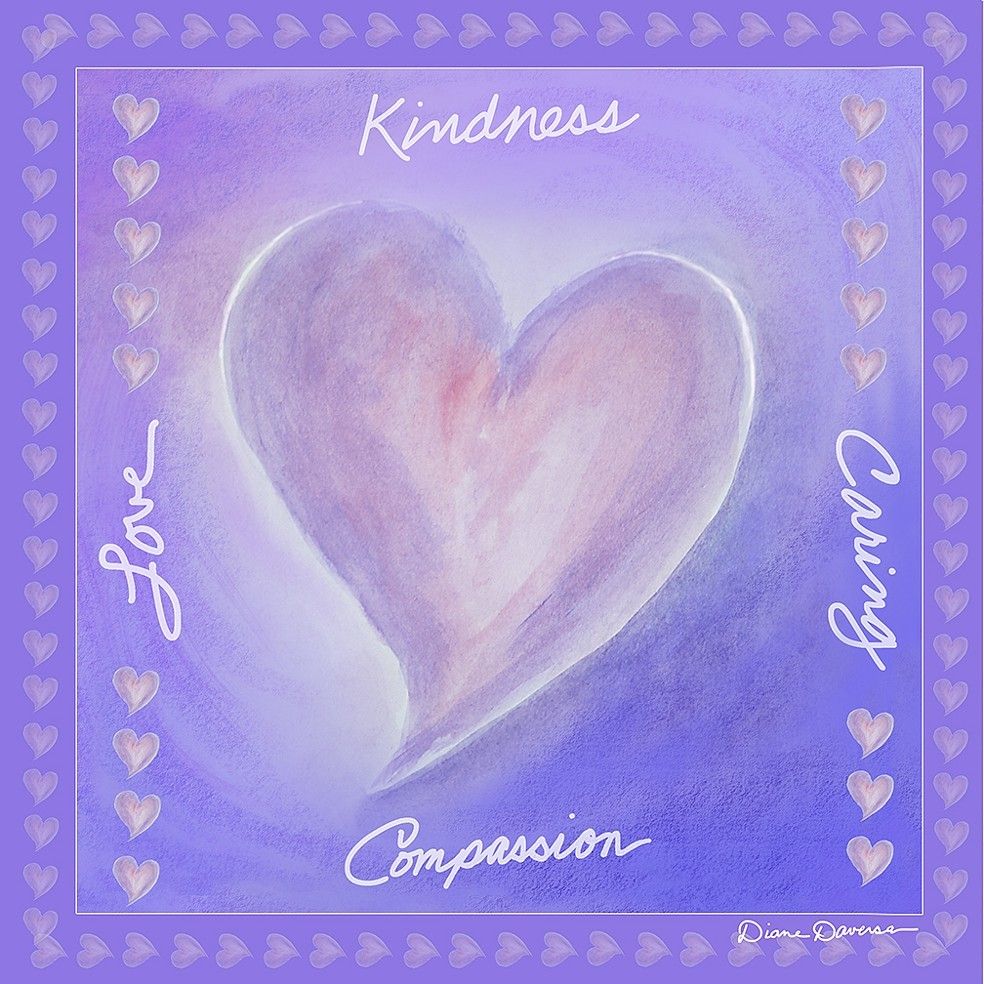 Children at St. Joseph's are growing to be compassionate towards others, near and far, especially the less fortunate; and loving by their just actions and forgiving words. 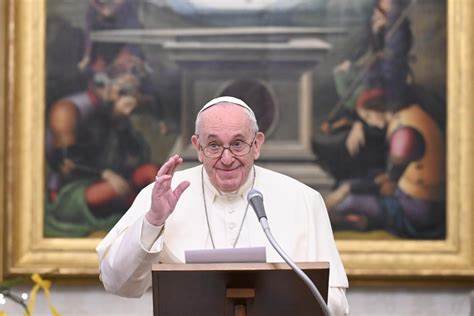 For a Church open to everyone

We pray for the Church; ever faithful to, and courageous in preaching the Gospel, may the Church be a community of solidarity, fraternity and welcome, always living in an atmosphere of synodality.